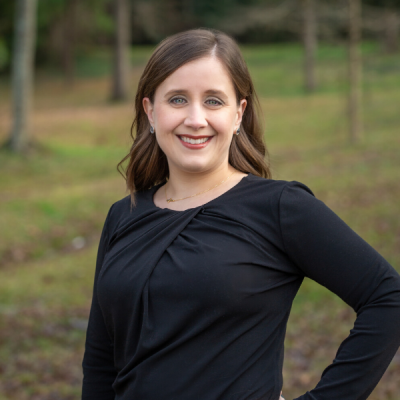 Kelli Parker joined the Community Foundation as the director of donor services in 2013 and moved into her current position in January 2016. She is a 2008 Leadership Columbus graduate and a Hull Fellow Alumna, class of 2015, with Philanthropy Southeast (formerly Southeastern Council on Foundations). Prior to coming to the Community Foundation, Parker worked at the Pastoral Institute for seven years where she served in multiple positions, including marketing coordinator, college and community coordinator and most recently, director of development and marketing.

Parker is originally from Warner Robins, Georgia, and moved to Columbus in 2000 to attend Columbus State University as a member of the Servant Leadership Program. She holds a Bachelor of Arts degree in communication and a Master of Science degree in organizational leadership with a focus in servant leadership.

Kelli and her husband have two sons and one daughter.

Back to all staff